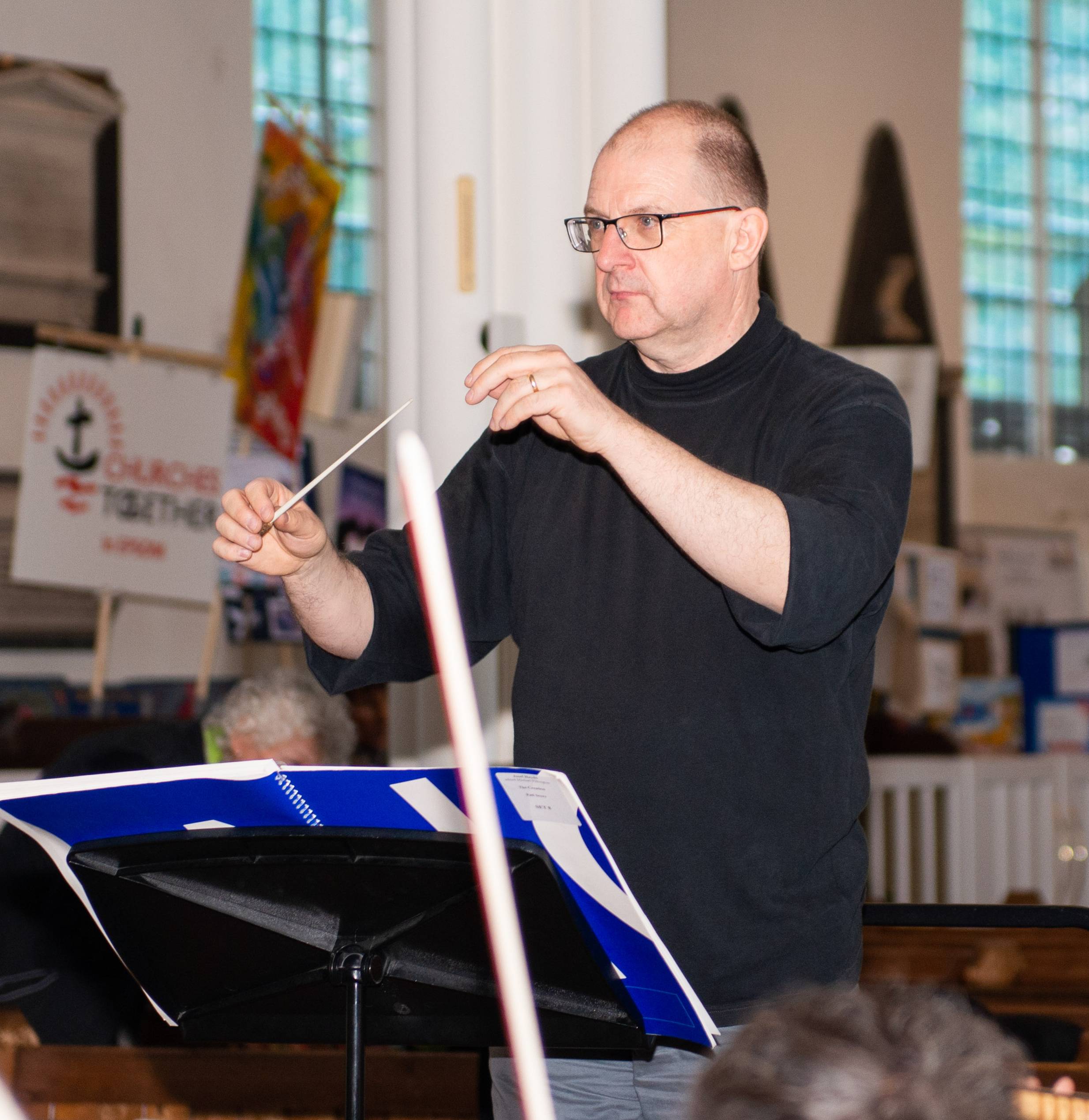 ANDREW STOREY enjoys a busy schedule as a choral conductor, repetiteur and organist in and around London. He has performed in major concert halls both in the UK and abroad including the Royal Festival Hall, St John’s Smith Square, Westminster Abbey, St Paul’s Cathedral and Brussels Cathedral.

Andrew has enjoyed a long association with Ashtead Choral Society dating back to their tour of Prague in 2001. Since that time, he has played the organ and piano in several concerts, toured with them as organist to Florence, Salzburg, Bruges and more recently conducted them on tour in Luxembourg. He is delighted to be their new Musical Director and to begin his tenure by leading them in their 70th Anniversary year.

In 1992 Andrew joined the Hackney Singers as their repetiteur and over the past 25 years has worked on and performed in major choral works including Messiah (Handel) and B Minor Mass (Bach) with the London Mozart players in the Festival Hall, Requiem (Verdi), Creation (Haydn), Gloria (Poulenc), Petite Messe Solennelle (Rossini) and Carmina Burana (Orff).

Working as an assistant to Mark Shanahan and Dan Ludford-Thomas inspired him to take up the baton and in 2005 he became conductor of the Ashtead Singers, one of the premiere chamber choirs in Surrey. He has conducted them in leading liturgical services in English Cathedrals and also in concert both in the UK and abroad. In 2014 Andrew was appointed as the Musical Director of Faversham Choral Society where he led them for three years which included their 50th Anniversary year. In 2017 he accepted the role of conductor of the Old Bailey Choir and has recently conducted The Armed Man and Vivaldi’s Gloria with the combined legal choirs of London. In addition, Andrew occasionally works with other London based choirs and orchestras including Lewisham Choral Society, Concordia Chamber Choir, Battersea Choral Society, the Victoria Park Singers and the Forest Philharmonic orchestra.

Andrew teaches at Dulwich College and assists the music department by singing in the Chapel Choir and conducting senior school musicals such as Guys and dolls, Kiss me Kate and Grease!

Stephen is originally from Wigan, and began to play the piano at the age of seven. After winning two national awards whilst still at school, Stephen obtained his performer’s diploma shortly before going to Queens’ College Cambridge to read modern and medieval languages. Whilst at university, Stephen also developed his singing, and appeared as a choral and orchestral conductor. After university, Stephen also spent 12 years in the London Symphony Chorus, working, in London and abroad, with conductors such as Leonard Bernstein and Sir Colin Davis.

Stephen’s wide-ranging solo repertoire ranges from Bach to the present day. As accompanist, he has worked with many singers and instrumentalists, including works such as Rachmaninov’s Sonata for Cello and Piano, and the Four Last Songs of Richard Strauss.

Stephen has also given a number of recitals of piano duet and two-piano music with his duo partner Simon Phillips, particularly featuring works by Rachmaninov, Ravel and Brahms.

There are no upcoming events at this time.

And this is what the home choir could see over zoom of our first in-person rehearsal.

We finally managed to have an in person rehearsal last night with 30 people in the hall and the rest of the choir joining via zoom. It really was special to be singing with others again and hearing the beautiful harmonies. Thank you @dracstorey #mozartrequiem

The next 3 rehearsals (15, 22 and 29) will be on Tuesdays. 28 singers, plus musical director and accompanist will be in our usual rehearsal hall under the current Covid guidelines. They will be live streamed via zoom for others to join from home. Contact: ashteadchoral@gmail.com

We are holding our 'Come and Sing' event online via Zoom on Monday 5 October 2020 at 8pm. We are singing Mozart's Requiem and the live choir will be reduced in number to satisfy Covid guidelines. It will be live streamed via Zoom so you can join from home. @ArtsAliveMV

Online rehearsals start tomorrow at 8 p.m. These rehearsals are open to anyone, anywhere, you don't have to be a member.

Please contact ashteadchoral@gmail.com for details of how to join the rehearsals online.